It was another short up and over day today, leaving the tourist honey pot of Grasmere, climbing out of the valley and down into Patterdale. There is an option to do one of 2 high routes, either Helvelyn and Striding Edge or St Sunday Crag or we could do neither and just follow the valley. Much would depend on the weather.

As mentioned before, we were stopping at the Glenthorne B & B which is also a Quaker retreat which meant that there was no set places and we all had to eat together which I really enjoyed. We were talking to a nice couple and sister/in law and it made a nice change. I’ve not given any ratings for breaky yet but have received requests so this one was a 4/5. Only 1 ration of bacon, scrambled egg, bit of tomato and mushroom. No black pudding and not much of it. Best one so far has been the first one.

The weather unfortunately was not as good and it was raining as we met up with Karen, Mike and Matt. We went into Grasmere for our lunch and got a pasty, caramel shortbread and D & B.

We set off in the rain but it started to clear. It was going to be one of those on/off days with the waterproofs. When we reached Tongue Beck, we decided to take the slightly less steep right hand route and slowly (in my case) made our way up. On the way up we passed the could be Dutch couple who it turns out are German (close). They are a nice couple and make me feel better as they are slower than me so I can pass them thinking ” oooooh I’m rapid” I’m not of course.

When we reached Grisedale Tarn we had to say bye to The Hostellers. Matt is going to be a dad in January so the very best for him and Tracey and Karen and Mike tie the knott in November so best of luck to them. Sometimes I feel I’ve seen they grow up as they reach these life milestones. Nice people and will look forward to seeing them again soon. So we took a photo or one of the guys from the group we saw in St Bees did and bade our farewells. 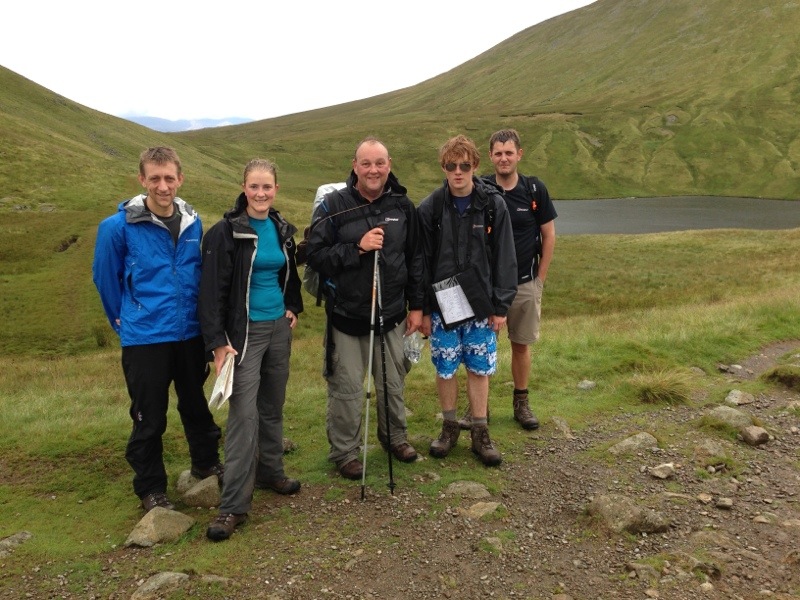 We now had to decide which route to take. The other group (must think of a name for them) decided to go via St Sunday Crag but looking at the weather, which was closing in again and the wind was getting up, so we decided to play safe and go down the valley. We stopped for lunch at the outward bound hut and I managed to leave my hat. Not doing well this trip! I have another with me.

We soon reached the valley bottom where there were lots of sheep. Mainly Dales and/or Swaledales including one who was stood on a wall and looked funny.

As we neared Patterdale, there were some nice views of Ulswater and some scary looking cows.

1. Proportion – of shortbread to caramel /chocolate

The benchmark is the one from the cafe in Horton in Ribblesdale which has now reached legendary status. Today’s was a good one and scored 8 on all 3 counts. The Patterdale one will have to be good to beat it.

Just chilling in the room now reading the paper. Will go for tea soon and rest before a tough day tomorrow as we leave the Lake District. The weather doesn’t look too clever either so will probably be another view less day as we reach the highest point on the walk on Kidstey Pike.

Photos taking time to post so will when I can. 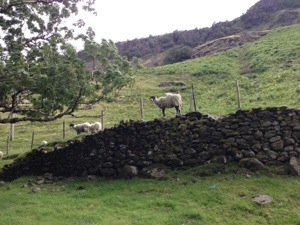 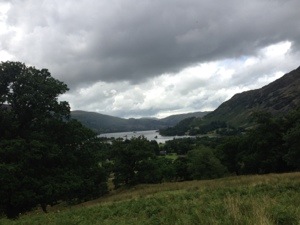 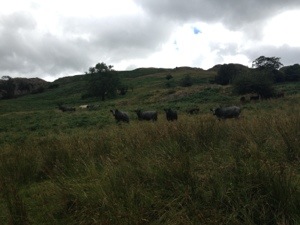