Today is the fairly short up and over day from Stonethwaite to Grasmere. We met up with Karen, Mike and Matt who were staying in the youth hostel of course and set off on the steady climb out of Borrowdale. As we climbed, the views looking back were fantastic. We passed a nice couple we keep bumping into and had a quick chat. We are not sure but we think they are Dutch. Eagle Crag loomed to our right as the climb got steeper as we reached the top of Lining Crag. This provided a chance for photos and for Kieran to ring home to check on the cricket score. The landlady had kindly found out this morning and it wasn’t good news. However, at this point Australia were 76-4 so better news.

After Lining Crag, we continued onto Greenup Edge where we had to decide whether to take the high route or low route. The weather was perfect, so we quickly decided on the high route. The route was pretty clear. Kieran was mythering for his lunch as usual so we stopped at a suitable place. After lunch, we continued along the ridge towards Helm Crag which has a “lovely” steep climb to finish on. The views down to Grasmere however were spectacular so more photo ops.

With it being a Saturday, it was pretty busy up there, including a man with a pick. We did consider whistling hi ho but decided against. Following him, came more people with shovels and we thought it would be funny if there were 7 if them. Unfortunately there were 10 of them so that ruined the joke a bit.

An easy walk down into Grasmere and our digs, The Glenthorne Guest House. I stopped here before with Dale and it is quite an unusual place. It is run by Quakers, so we were told we were booked for dinner bed and breakfast and everyone ate together. I told them I didn’t want dinner but they said I had to as it was a weekend and they don’t do single nights just B & B. When I said we were seeing friends they said fine and would knock the price off. Also, breaky was at 8.30 and we had to all had to eat together. They did serve tea and cake in the lounge at 4.30 which was very
nice. Rooms good also. Ensuite, so no landing dashes today ( or fluffy dressing gowns unfortunately).

Went into Grasmere to get a replacement stick and Kieran got some Grasmere ginger bread.

Meeting Karen et al at 6 to go into the village for food as it will be busy.

Tomorrow another short up and over day. Will publish with photos when I get wifi. 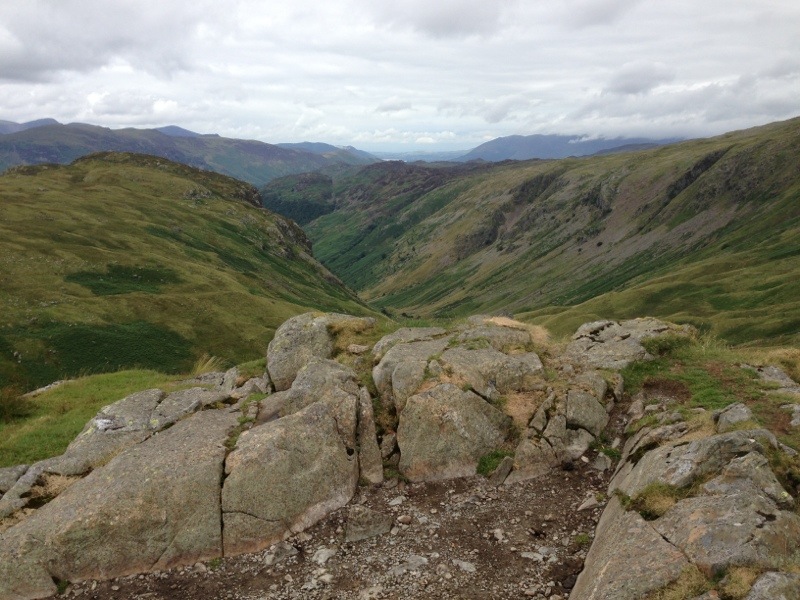 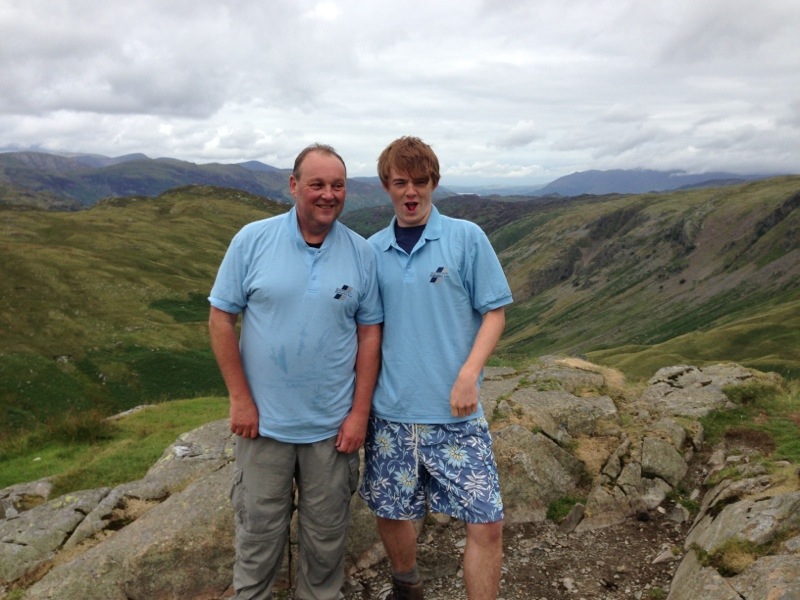 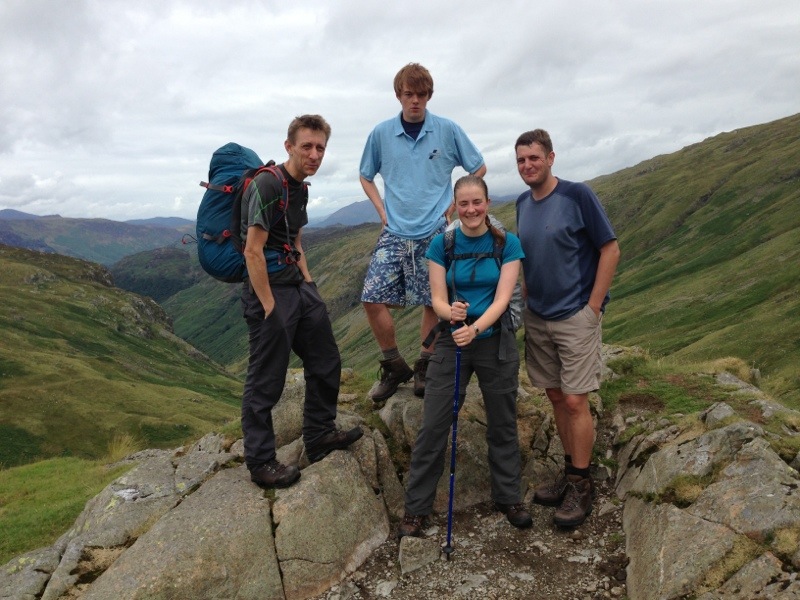 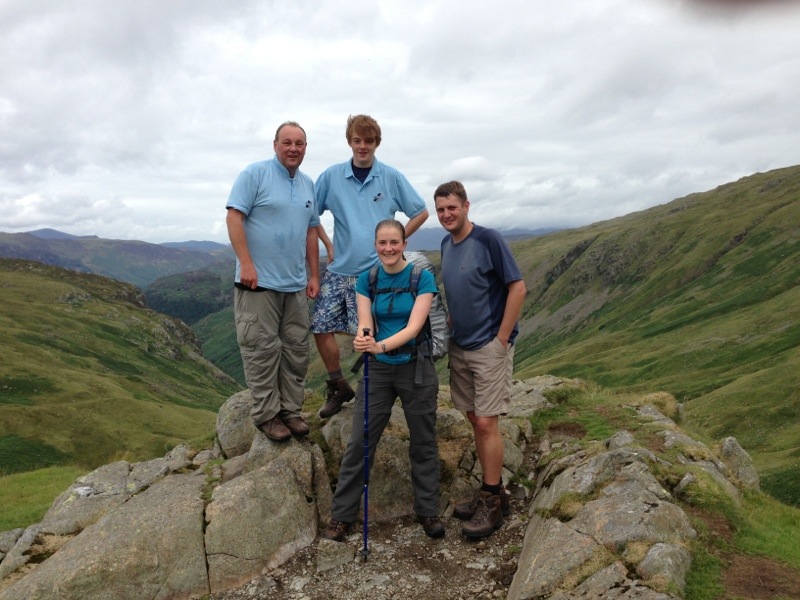 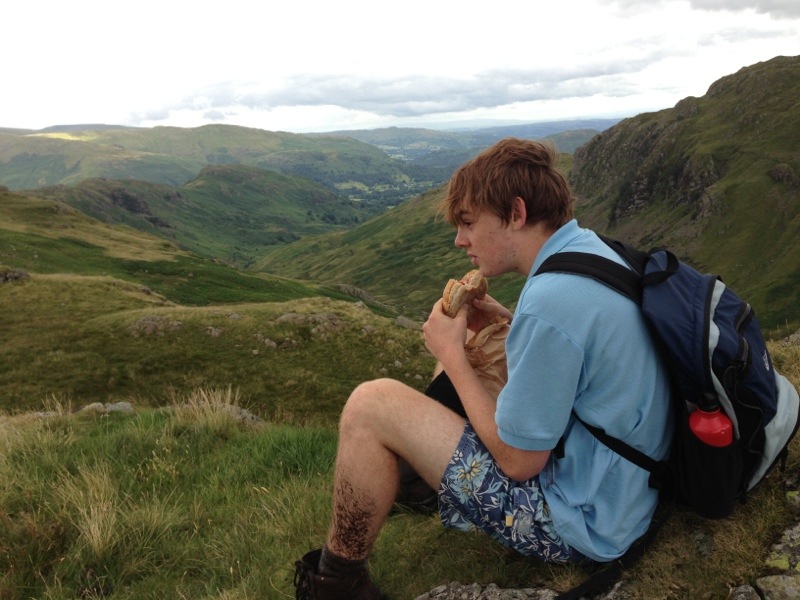 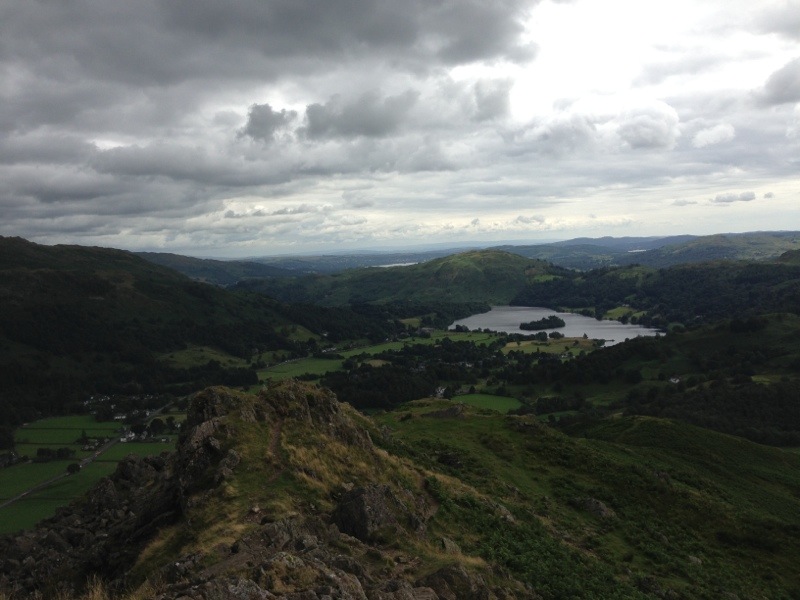 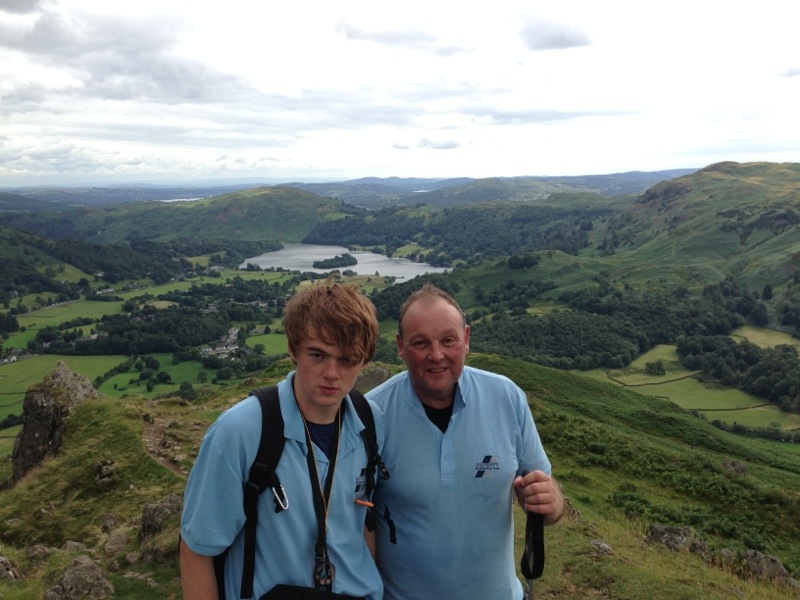