We had a good night in the pub talking to another Father and Son doing the walk so we were swapping war stories.

We got a good start this morning knowing we had 20 miles to cover. My brother had contacted me and said he would meet us in Grosmont which was nice. Also Janine was planning to meet in RHB which was good. 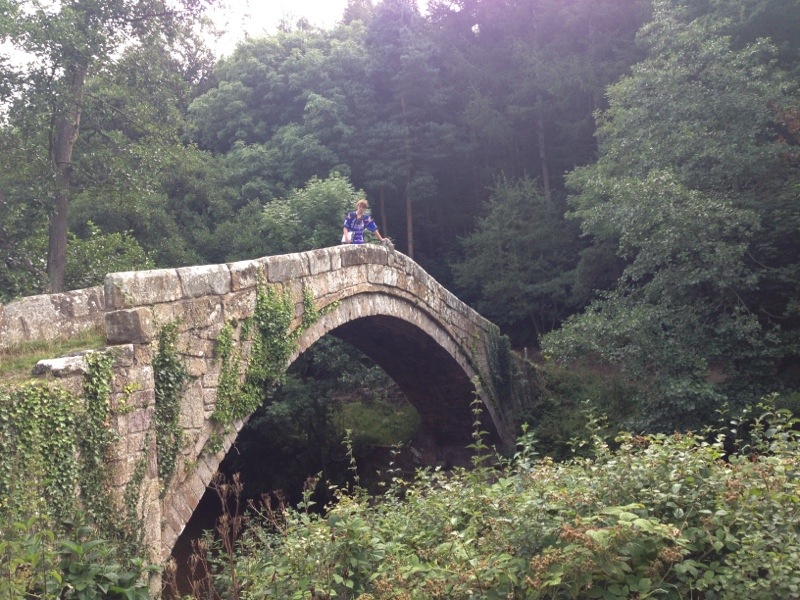 Apparently, the bridge was built by a guy who before going to sea was unable to get to see his love of his life as the river was swollen by rain. On his return after making his fortune he married his love and built the bridge so nobody would have the same problem. Nice story.

We continued through a wooded stretch before going through the lovely village of Egton Bridge. We turned off to follow a track through the Estate which still had the toll prices on from a long time ago. 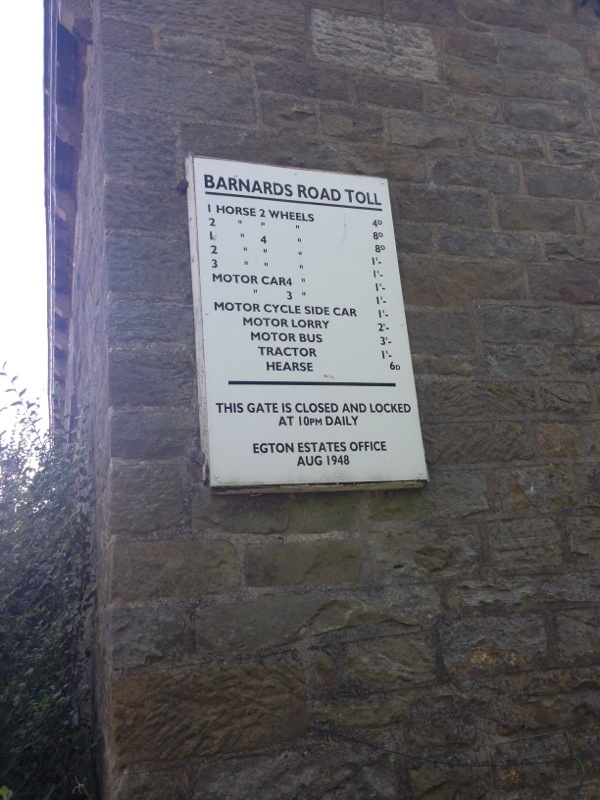 As we entered Grosmont, my brother was waiting by the car park and just as we arrived at the crossing, a train was about leave. Oh the joy. 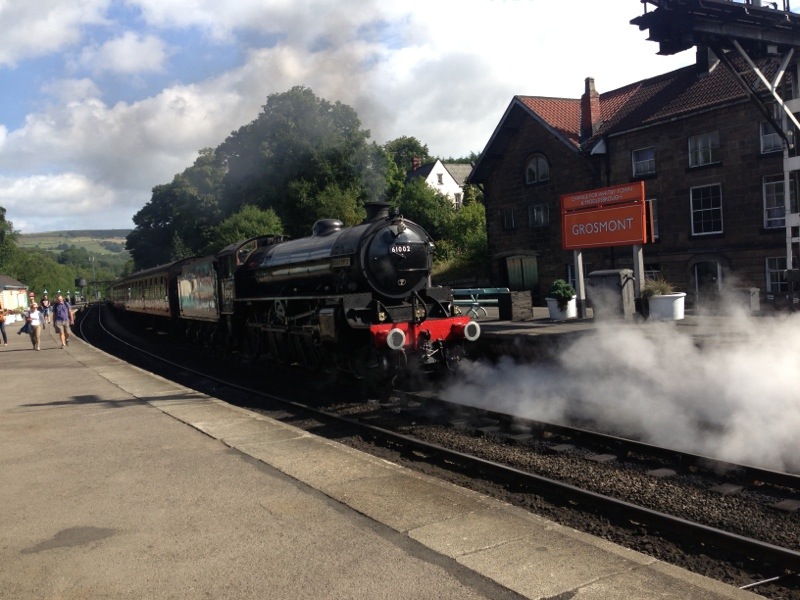 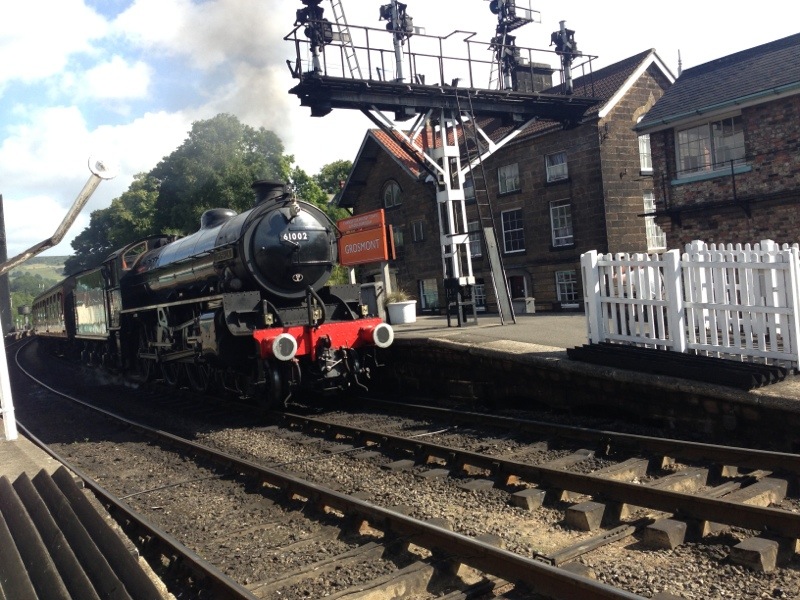 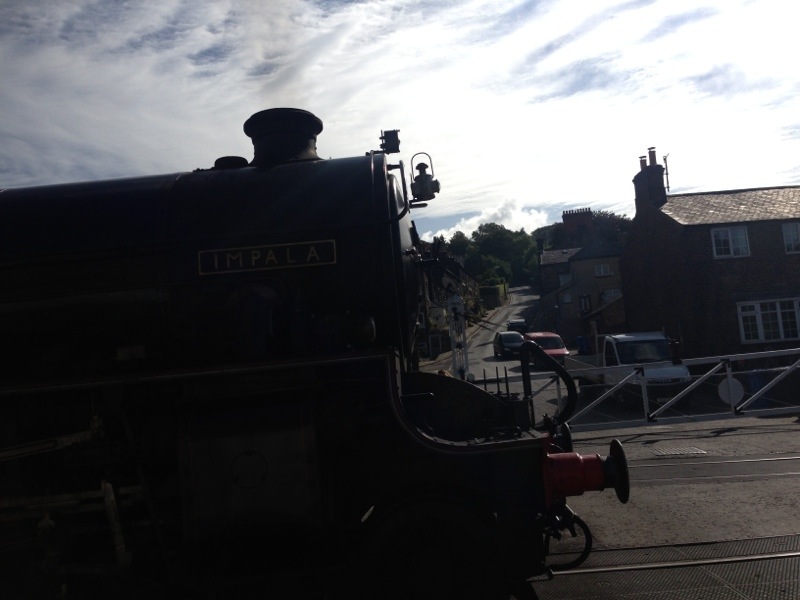 We called at the co-op to get lunch and they had caramel shortbread we could rate.

The road out of Grosmont is long and steep, 33% in places. It’s a long old haul up there until you reach a path that takes across Sleights moor to the main A169 Whitby to Pickering road. A path off right brings you down into Littlebeck, another lovely village, and into Littlebeck wood. It is a really nice woodland walk which takes you past a Hermitage carved out of rock. The path eventually winds round to Falling Foss a very pretty waterfall. 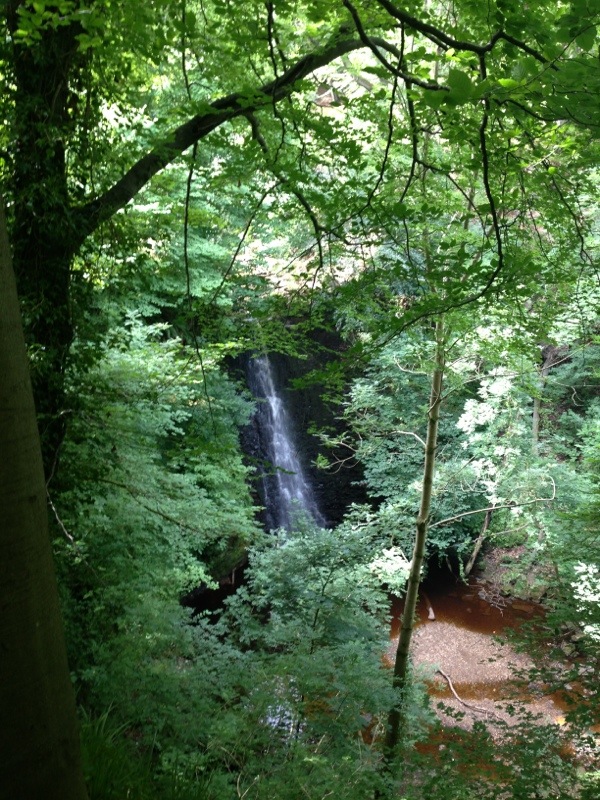 And a tea room where Janine was. We had our lunch on the picnic tables and had a natter. As far as the caramel shortbread went it was :

We said goodbye to Janine and set off for the second half. Up out of the wood, onto the road and onto the moors again. My brother said last year this section was virtually impassable with bogs but it was bone dry which made for easy walking. We got to the part where we got lost 7 years ago but made through ok this time due to Kieran’s map reading so didn’t need the magic hedge (see previous blog).

After Hawkser, we turned into the caravan park and a cup of tea and ice cream before setting off on the last 3 miles round the cliffs. It was good to be so close now and it put a spring in our step. Janine had walked a couple of miles down the path to meet us and we continued along the Cleveland way which we had now rejoined. 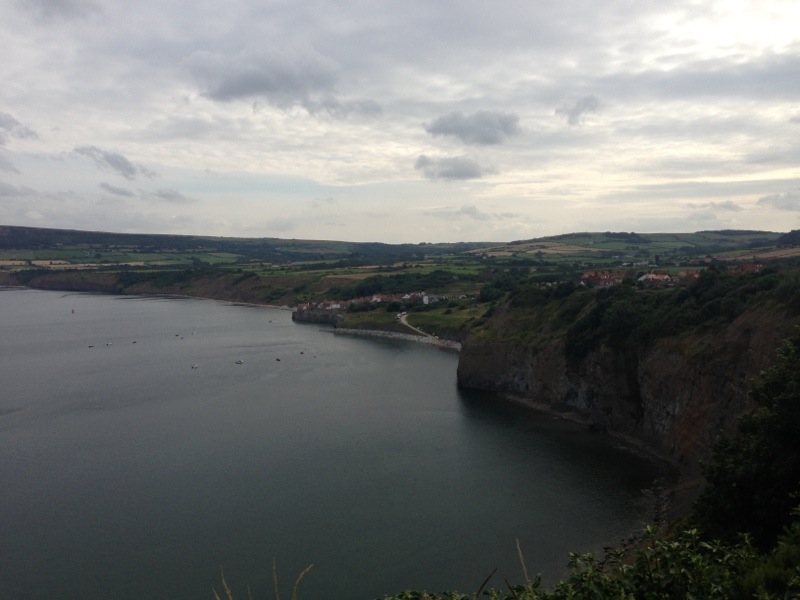 Which made us walk quicker. We soon joined the families enjoying a day out and reached the sea. Thankfully, the tide was in so we didn’t have to go far to dip our boots and throw our pebbles. 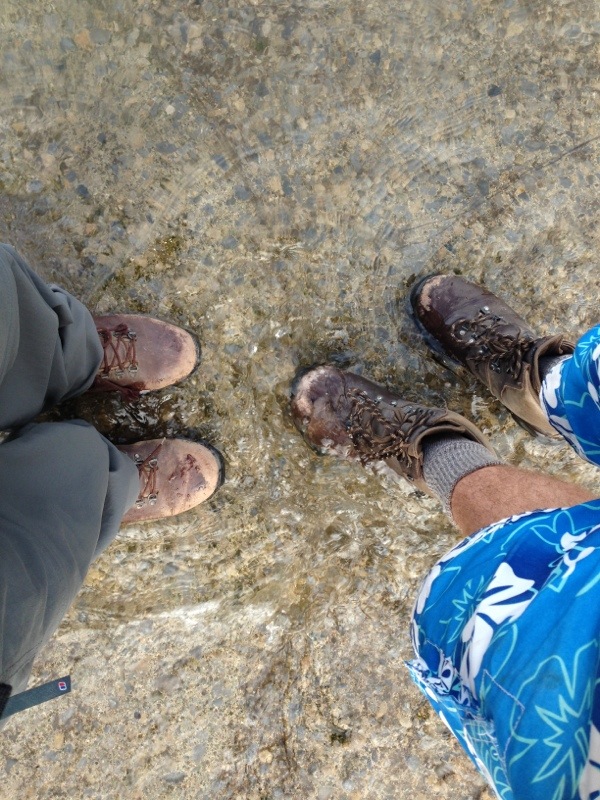 We had our final Barrett Steel moment 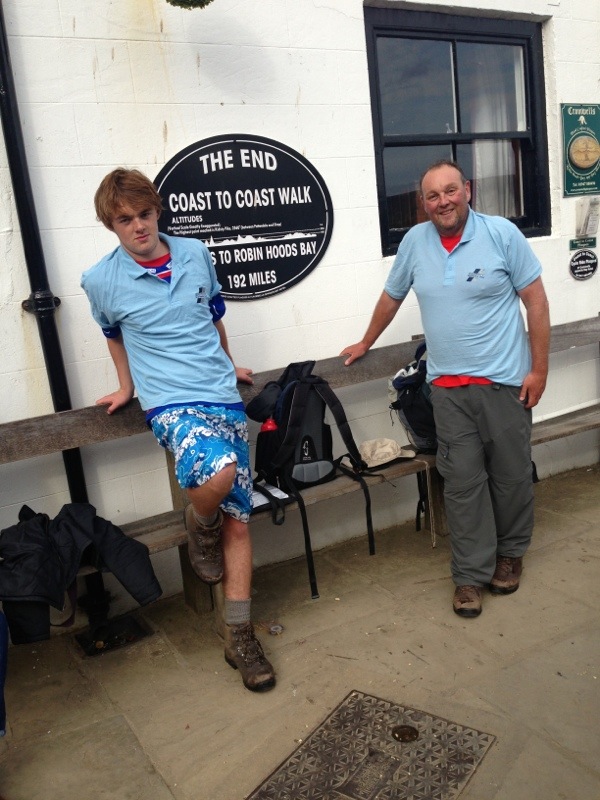 And went into the Bay Hotel to sign the book and have a glass of lemonade.

After that it was back up the hill for something to eat and home via Grosmont to drop my brother off.

It will be very strange not putting my boots on tomorrow and in some ways a relief but in others quite sad.

This is a lovely walk and I’d happily do it again. But not yet. More reflections later.